GUIDE FOR THE SPIRITUAL JOURNEY 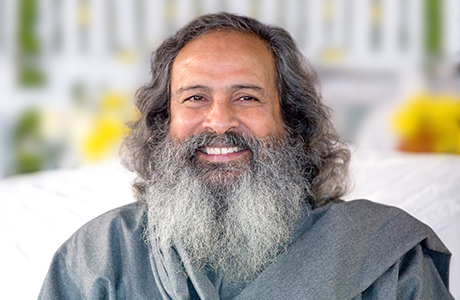 Sant Baljit Singh Ji strives to bring peace, harmony, and happiness to humankind and to help relieve suffering. His only motivation is to help others. He extends himself tirelessly to those in need and always does his best to serve the less fortunate.

Unity in diversity, service to humanity, compassion for all, a natural lifestyle, and devotion to the omnipresent God pervading all, are the cornerstones of Sant Baljit Singh Ji’s teachings. He reminds everyone of the importance of realizing their own greatness at the level of soul and shares his knowledge and experience with all who are interested. His organizations around the world embrace his teachings as the inspiration for their charitable work.

From a humble background, Sant Baljit Singh Ji was born and raised in rural India. His affiliation with the deeper meaning of life started at a young age, inspired by listening to his father read the Bhagavad Gita. Later, a quote in his school, “God is Love,” sparked his spiritual quest. In his youth, he began volunteering at ashrams and temples.

He worked as an engineer in the merchant navy and at the same time pursued the path of spirituality before dedicating himself to serving humanity. Though much of his time now is spent in devotional practices, he continues to serve and help people all over the world.

Sant Baljit Singh Ji’s message is that we are all part of the big family of God. Thus we are to love, respect, and serve the Divine in all forms, including our fellow human beings, the animals, and nature. READ ABOUT OUR CHARITY WORK
error: Alert: Image is copyrighted!